In the Spotlight - Vriendenvereniging Hortus Haren

A closer look at one part of the Hortus: The Rock Garden.

Written on behalf of the rock garden team by Greet Rijk and Louise Dols.

When the Biological Centre was built in the 1970’s, so much boulder clay was excavated from the site that it was decided to use it to build a rock garden.  The idea was to plant, in a relatively small area, plants representative of the diverse bands of vegetation found in the Alps, with the one difference that here they would all grow at the same altitude. This would enable climatic influences to be studied. The weather (large fluctuations between day and night temperatures, sun, extreme shade, drought, rainfall and melt-water) is always an enormous influence on growth and flowering.
In order to create the variety of vegetation, different types of soil were imported. For example, sandstone (acid low-nutrient soil) was brought from Germany, hard limestone from the Belgian Ardennes, loads of hard fossil-rich limestone from Öland, schist from the Eifel and soft lime marl stone from a quarry near Münster.
Other factors also played a part: variations in height, recesses, a sunken path with sunny and shady sides, a ‘mountain lake’ and a flowing stream. 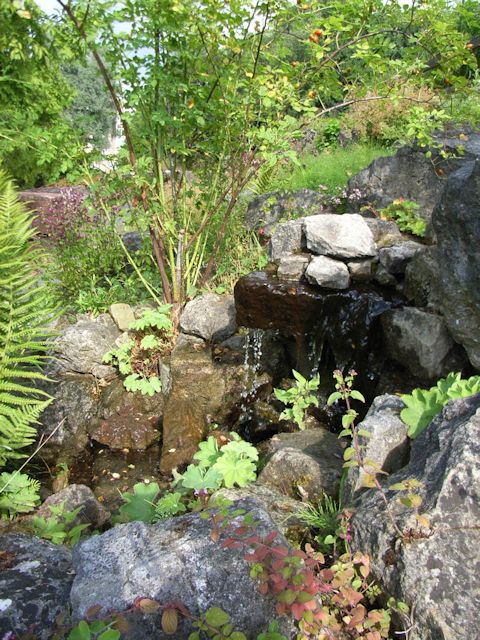 Waterfall in The Rock Garden

The rocks can mainly be seen on the southwest side, the front view. The northeast (the rear side) has become a pine forest, with here and there a broad-leaved tree and in Spring countless flower bulbs in bloom.
The work was completed with an impressive planting scheme comprising hundreds of plants and trees (e.g. more than 80 conifers and 30 varieties of rhododendron).
In the 1990’s the plan was thought to be too ambitious because of the need for intensive maintenance (many local weeds are able to take root there because, after all, it is not really the Alps). Many of the fragile plant species were overwhelmed by Heermoes (Field Horsetail), grasses and other plants which felt quite at home on the rocks. It was decided to more or less abandon the original plan and to allow those plants to remain which obviously flourished on the site. Thus over the years the rocks came to display the blue of aquilegias in early Summer, the yellow of ladies’ mantle in Summer and, later still, the purple of oregano.
During the annual closure period of the Hortus from March to May 2002 intrusive plants like blackberries, various types of clover, dandelions and above all field horsetail took their chance to spread and grow over the rocks. In subsequent years intensive maintenance work has succeeded in making the rocks visible again. The area is a paradise for all kinds of animals which dig holes and tunnels, as well as lizards, masses of slugs, frogs and toads. There is also an abundance of pollen and nectar for the many species of bees and butterflies.
Although the edelweiss refused to reappear and the gentians continued to be eaten by the slugs, there are still many unusual plants to be seen here. You have to look for them with a magnifying glass (sometimes literally) or know where to find them. Several types of pinks, sedums and saxifrages do very well. 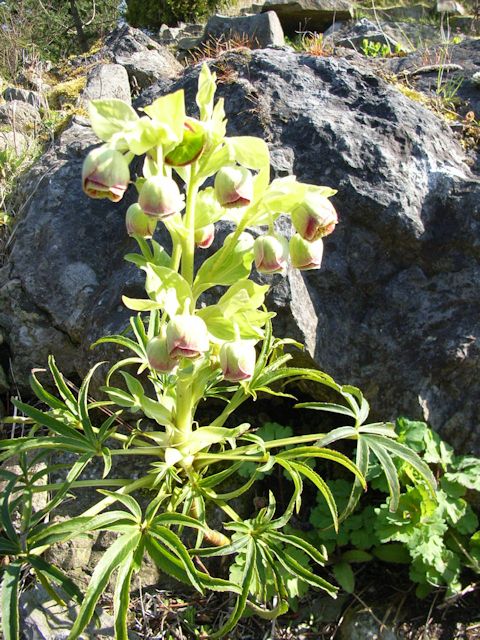 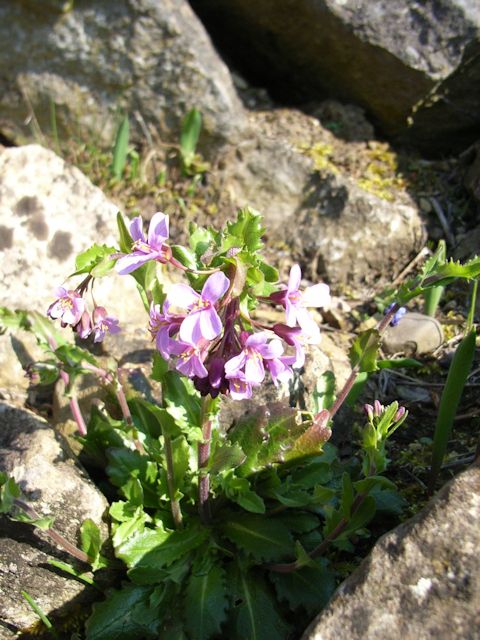 Some plants have been able to increase in number by removing the weeds around them and nurturing the seedlings. Examples include the hellebores which are thriving here again and the biennial arabis or rockcress which blossoms in the Spring. The goat’s-beard or meadow salsify too has returned and we can once again enjoy the Japanese Garden Orchids (Pleione) and the superb little foxgloves, the pale yellow digitalis lutea and the pure brown digitalis parviflora. The rear of the site is also attractive in the Spring with the white of the snowdrops followed by the completely different white of the wild garlic. And it is certainly quite a sight to stand on the almost bare rocks and suddenly see the pink carpets of phlox covering the ground! 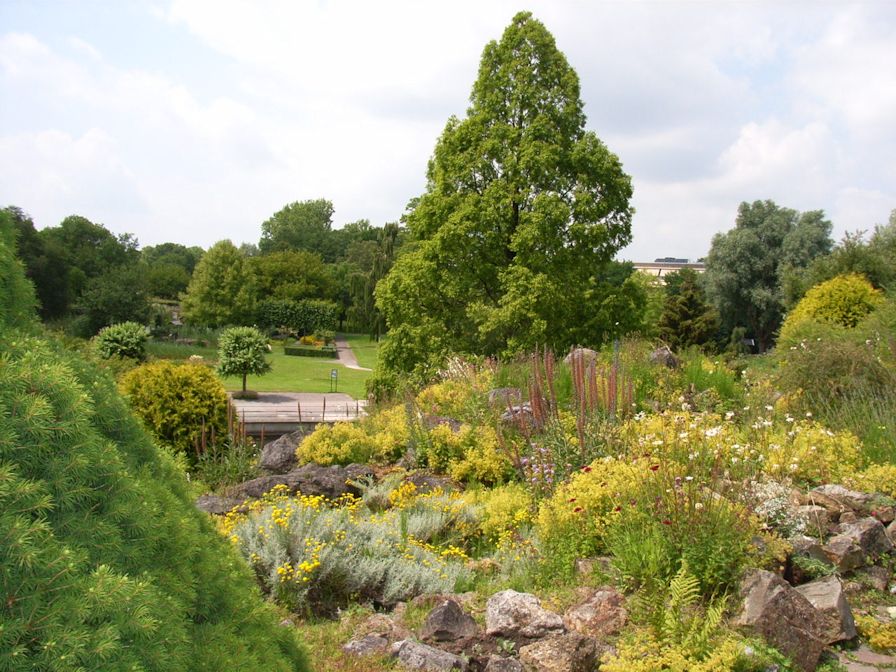